The Most Likely Result 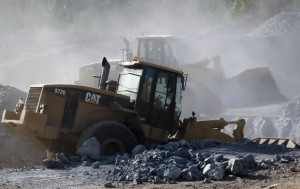 This is it – your project is almost complete.

You took the uncertain and difficult steps from start (creating the idea) to finish (bringing the idea to life), and now you’re ready to ship.

It’s tough work, creating something from scratch, but you didn’t give up. And now is the moment of truth – the point where you reap the reward for your hard work and labor.

Confident, you launch your project and…

Nobody one-clicks your book on Amazon; nobody enters the store; nobody calls the ‘buy now’ number…

You check to see if it’s a system error, or maybe the server isn’t updating properly, or maybe there’s a traffic jam down the street…

Nope – everything is normal, but nothing happened.

Great and Everything Else

The reality for most aspiring artists, writers and entrepreneurs is that no one will notice what they do. And when they ship, no one will pay attention (a few of my prior entrepreneurial attempts fall squarely in this bracket).

Of course, the initial thought to remedy this is advertising and marketing – “if only I can get my message in front of enough people, then I can make a sale…”

This could work – statistically, the more people you expose a message to, the greater the chance of your message resonating with someone.

But more than likely, no amount of attention will change anything.

Because most things aren’t great.

In 1906, an Italian Economist by the name of Vilfredo Pareto noticed an interesting trend in the distribution of land: 80% of land in Italy was owned by 20% of the population.

Going one step further, he analyzed the distribution of other data sets, including the number of pea pods in his garden that contained peas (20% contained 80% of the peas).

This observed distribution became known as the Pareto principle –most things do not distribute evenly, but unevenly, and they generally have a ration of 4:1 (specific distributions vary but are nonetheless uneven).

The Pareto principle applies to everything, from public sentiment (only a few bands have the majority of the attention) to effectiveness (most seminars and newsletters and eCourses simply aren’t effective).

This distribution most certainly applies to startups, art, and creative pursuits:

Most will be ignored.

Are You Overvaluing Your Origami? 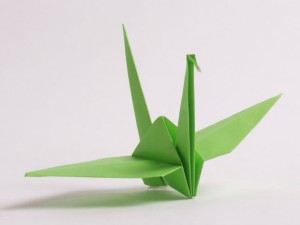 “Well, that might be the case for other products, but mine is great. I put so much time and energy into it it must be great – the right people just haven’t see it.” (internal dialogue of the archetypal entrepreneur)

This response I’ve heard a million times (I’ve told myself the same thing many times before).

In a study conducted by Dan Ariely (Psychology professor and author of Predictably Irrational), researchers found that people overrate their own creations based on the amount of effort they put into them:

“Our research shows that labor enhances affection for its results. When people construct products themselves, from bookshelves to Build-a-Bears, they come to overvalue their (often poorly made) creations. We call this phenomenon the IKEA effect, in honor of the wildly successful Swedish manufacturer whose products typically arrive with some assembly required.

In one of our studies, we asked people to fold origami and then to bid on their own creations along with other people’s. They were consistently willing to pay more for their own origami. In fact, they were so enamored with their amateurish creations that they valued them as highly as origami made by experts.”

In other words, it’s impossible to objectively valuate something if you’re invested in the process.

In 2012, a little movie called John Carter was released into theaters.

Actually, it wasn’t little at all: it was one of the most expensive movies ever produced. And when it finally shipped, it bombed. Hard.

But here’s the funny thing – everyone (as in, everyone involved in the project) thought John Carter would be a blow-up success. That’s why producers invested $250,000,000 (yes, that’s millions) into the project.

Even when signs pointed to no (actually, to hell no), producers kept pumping money into the project. The thought was: throw enough money at it to get it in front of everyone’s face and we’ll still come out of this alive…

The producers behind John Carter thought if they could scream loud enough, they’d get enough people to notice what a wonderful movie they created. Counter intuitively, every dollar pumped into this movie, instead of increasing its chances of success, actually increased the chance of it failing (greater the investment, the greater the needed return).

And as far as getting people to notice them?

Well, they got their attention – but it didn’t matter.

So if you’re shipping a project and people don’t respond, it’s probably not because you’re not screaming loud enough…no amount of screaming will change anyone’s mind.

And it’s probably not because you didn’t put a ton of time and effort and resources into your project…it doesn’t matter how much money you pump into John Carter…it’s still John Carter.

No, the reality is that you probably haven’t hit great yet.

And if you want people to notice and to stick around, you need to do great work.

This is probably disappointing for the person looking to make a quick buck or catch an uptrend – for the person in the trenches superficially (i.e. the writer who doesn't write).

The Outlier and Your Life's Work

Every project we undertake is a chance to improve our skills and hone our craft.

Every hardship we suffer through separates us just a bit more from the rest of the pack, as others will surely quit.

And, as others quit, we rise to the top – we become outliers.

By committing to the process (especially when it’s difficult), and having the grit to see it through, as sure as 80% of land in Italy is held by 20% of the people, you’ll find yourself, years from now, holding your “unfair” (see: completely fair) share of the success distribution.

So take heart – your project might bomb, people might ignore you, and things might not go as planned…but if you strap on your helmet, pick up your rifle, and go over the top just one more time each day, sure enough, you will find victory.

Remember, it’s not about a singular win –it’s about creating your life’s work.

And you create that one project at time, one small win at a time, over the course of your life.

Join the Resistance and get exclusive content not published on the blog:

You can also check out my new book 2 Days With Seth Godin on Amazon here or pay what you want for the PDF format here.

2 comments on “Do Great Work”