ITT 003: How to Become a Published Author with Al Pittampalli 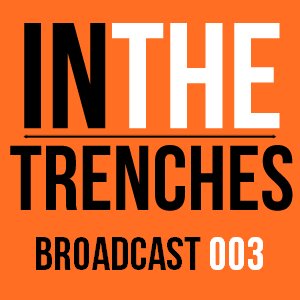 Be honest, you know they are.

How many meetings do you have a week?  How many in a single day?

If you're like me, you spend about 30-50% of your time preparing for or attending meetings throughout the workweek.

And for the good of whichever organization you're a part of, this has to stop.

That's where Al Pittampalli comes in...

Shaking up the Status Quo

Al began his conventional career with Ernst & Young LLP as an IT adviser.

There, he worked on-site with numerous Fortune 1000 companies and found a disturbing trend...

These companies held a lot of purposeless meetings.

But he also noticed the rare exceptions: the companies with a culture of meaningful activity and purpose; companies that held quick, powerful, and, most importantly, rare meetings.

These companies performed better across the board and avoided pointless meetings at all costs.

Al figured out the formula, and now he's bringing it to the rest of the world...or at least those willing to shake up the status quo and enter into the top percent of companies that focus on action rather than meetings.

Al is the founder of The Modern Meeting Company and a meeting culture warrior.

He's on a mission to change the way organizations hold meetings, make decisions, and coordinate action.

Al is a published author.  His book Read This Before Our Next Meeting was published by Seth Godin’s Domino Project, and during the week of its release it was the most popular Kindle book in the world.

For those unfamiliar with publishing and kindle rankings, this is incredibly difficult to do, but Al most definitely deserves it because the book is incredible.

Al writes a great blog at www.modernmeetingstandard.com, and is a sought after speaker, writer and trainer.

Outstanding Wisdom from the Man Himself (Quotes from the Interview):

On recognizing things you can improve:

There are so many things that are broken in the world, but a lot of times we don’t see them as broken because we are so used to them.

On solving problems from the Outside (versus the inside):

I didn’t want to be consumed by the same matrix I was trying to solve.

There are some real advantages to being an outsider. (tweet this)

On becoming a published author and its effect on his company:

Books are a business and they’re a great marketing tool for your ideas. (tweet it)

On the power of books and spreading ideas:

The great thing about a book is it spreads an idea better than anything I can think of.  There is nothing more powerful. (tweet tweet)

On the pain of writing a book:

It was incredibly scary.

Here’s how he overcame this difficulty of writing:

I used [Jerry McGuire] as inspiration; I started waking up at 3:00am in the morning – really early – and I would imagine myself as Jerry McGuire at the typewriter and I would just write.

On the difficulty of entrepreneurship:“People say ‘fake it till you make it’ - I think there’s some truth to that.” (tweet away)

The key [to entrepreneurship] is being so invested in something that it’s worth it. (share on the twitter)

The most important thing you have to do is write. (tweet some more)

On being prepared (to get published by already having written a book):

Decide.  Make a decision as to what direction you want to go in because as soon as you do and commit to it, the entire world will organize in a way that will help you.  It doesn’t guarantee success, but it makes it a lot more reachable.

Awesome Things We Discuss in this Interview

If You Enjoyed This Broadcast...

*if the above 'Email' link doesn't pop up your email client, just copy and paste this link into a new email: http://bit.ly/Vr6g2x

I hope this interview inspires you to do great things.

Whatever you do, don’t stop creating...