ITT 072: How to Scale an Agency with Mark Hayes 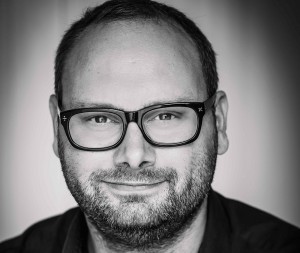 Mark Hayes is the founder of Rocketshp, a digital marketing agency in Auckland, New Zealand, and co-author of The Growth Hackers Guide to the Galaxy (Insurgent Publishing). Mark began his career as a successful business development manager at a large corporation in New Zealand, a more traditional “suit” job at which he was good but wasn't passionate.  Because of this, Mark shifted his focus, deciding instead to pursue a career in the marketing industry, working as a brand manager and content strategist for digital marketing companies.  After gaining knowledge and experience in the digital marketing industry, Mark discovered the concept of growth hacking and decided to move in that direction.

Mark developed a web presence and began blogging to build an audience, and eventually started his own agency.   Not long after its successful launch, the agency was acquired by another digital marking agency, providing Mark with another opportunity to build a new business – Tiger, Tiger – which was later rebranded as Rocketshp.  Mark has been mentioned in The Wall Street Journal, Forbes, and Wired UK, among many other outlets.

In this broadcast, Mark Hayes and I talk about:

How to find Mark online:

If you enjoyed today's podcast, please leave a review on iTunes here. Thanks so much in advance for your support.