Today’s broadcast is part 1 in a 2 part series.

The original interview ran over an hour because the conversation was so great and I couldn’t stop asking questions…so I broke it up to make each broadcast about 30 minutes. I think that makes the content more digestible and actionable (and there is some very actionable content here if you’re an artist, writer or entrepreneur trying to increase your reach, impact and sales).

So enjoy today’s broadcast and stay tuned for part 2 next week.[/infopane]

It Started because of a Pair of Pants… 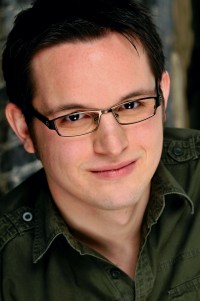 For several years Tommy struggled to find his way as an entrepreneur.  From 2005 to 2009, Tommy built his online business on the side while he worked a full-time, unsatisfying job.  After a ridiculous series of events in late 2008, Tommy’s employer fired him over a pair of pants.

Turns out, getting fired was the kick in the pants (pun intended) Tommy needed to take his business to the next level.  Since 2009, Tommy’s built a fast growing and powerful marketing platform, and continues to grow his audience, reach and impact.

What’s truly remarkable about Tommy’s story, though, is his tenacity and refusal to quit on his dream – to do meaningful work on his own terms without acquiescing to the conventional powers that be.

Tommy struggled and fought and worked harder than most people I’ve ever met.  He’s met his fair share of setbacks and failure.  It was never easy; success was never handed to him.  But he kept going.

And the success he’s finding now is a direct result of that grit  and persistence.

Read more about Tommy Walker’s story here – and definitely listen to the interview to hear some more great stories from Tommy’s entrepreneurial journey.

Tommy Walker is an online marketing strategist, creator of the marketing video series “Inside The Mind” and the producer of the online video roundtable interview series “The Mindfire Chats.”

Tommy started his journey in the online marketing world in 2005.  Since 2009, Tommy’s been consulting full time for small businesses.

Tommy has done a number of remarkable things in the online world, from reinventing the way people learn about marketing (via his “Inside The Mind” educational video series), to producing the free, popular and fast growing “The Mindfire Chats” where experts and industry professionals come together to discuss everything and anything marketing related.

Fun fact: Inside The Mind takes 95 ( ! ) man hours to produce every episode.

Tommy is really nailing the video side of online marketing right now.  Even if you’re not building or growing a business, you’ll find Tommy’s online video series engaging and enlightening.

What we Talk About in Broadcast 9: