How can you turn an idea into a business:

And for the past 12 years, Jon has been actively answering this question.

I have been an entrepreneur for 12 years and full-time online for 3. I have built, from the ground up, 6 different SaaS products — all with zero technical ability. I have built multiple businesses from zero to $45k/month+ recurring revenues, with no debt and no financing.

How is this possible, though?

Conventional wisdom tells us we need to master the skill or trade we want to make a profession out of, or that we need lots of money or financing to build something profitably.

But here’s Jon, a person who self admits to having “zero” technical ability, yet he’s started multiple businesses with no debt or financing.

What is Jon doing differently that allows him to succeed where so many others fail?

That’s the question I wanted to know, so I hopped on a call with him last week to interview him about his most recent business: VelocityPage.com.

(note: this interview will be a bonus in my newest book: Collaborate. Sign up to be notified when we launch)

How to Start a Business – No Tech Skills Required

The story behind Jon Nastor’s most recent startup, VelocityPage.com, is eye-opening.

As I mentioned previously, Jon has no programming / engineering / technical skills to speak of, yet he bootstrapped a profitable tech company from scratch in less than two years (with close to 500 customers at the time of this writing).

Here’s the exact process he used:

Step 1: Identify a Need in the Marketplace

Jon started with his own problem: creating pages on Wordpess is a pain.

The problem with WordPress: it’s a difficult, time-consuming process to edit and publish pages because you have to do everything from the backend of WordPress.

But what if it didn’t have to be this way?

What if there were a simple “What You See Is What You Get” (WYSIWYG) interface that allowed you to edit directly from the front end of a WordPress site?

So the idea for VelocityPage.com was born… 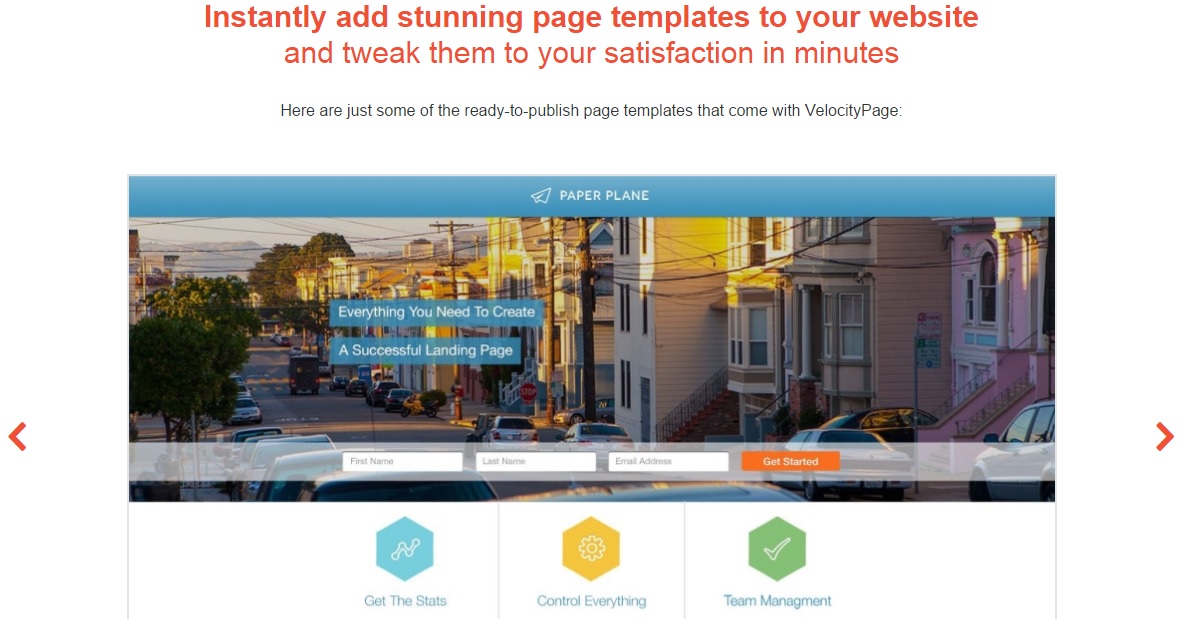 Step 2: Write Down Your “Back of Napkin” Business Plan

Really, Jon didn’t even bother with a business plan.

Instead, he opened up a notepad and wrote down 8 sentences about the product, how it would work, who needs it, and why it matters.

Just to reiterate, because this is important:

He simply wrote out the general idea on a piece of paper and that was enough to proceed.

Because according to Jon: “the best products die a slow death.”

In other words: the moment you have an idea for something that might work is the time to act on it. Now, not later.

At this point, Jon had an idea, he knew where he would fit into the equation (sales and product development), but he was still missing an essential element of the business:

A developer to bring his idea to life.

There are a multitude of strategies out there for getting someone on board to build your idea, but I’ll highlight the best options for bootstrappers here:

The simplest solution: hire a programmer.

Jon was looking for a programmer, which means he would probably have to scour through odesk.com or elance.com to find the right freelancer for the job.

Jon didn’t want to spend a lot of time or money developing this idea before he could validate it, so this option was out.

2. Find a collaborative partner through friends, forums, meetups, or other groups

Because Jon didn’t possess the technical skills to build VelecityPage.com from scratch, nor did he want to pump a lot of money into the project to get it started, his best option was to find a collaborative partner.

One of the ways to find a collaborator is to go through networks that you’re already a part of to source someone with the abilities that you need and that compliment your skillset (and personality).

Sadly, the people who are closest to us are rarely the best fit for an idea. Further, someone you are close to is more likely to be motivated by the idea because you’re motivated by it, which means there’s no real opportunity to indifferently judge the merits of the idea (which is a dangerous road to go down).

In either case, if it’s not a good fit, this can delay the launch of the product or kill it slowly over months.

Jon couldn’t afford either situation, so he chose the only option that was left:

3. Find the best in the world – join forces

Instead of putting time or money into the idea, Jon cut straight to the point.

He was already familiar with the WordPress platform and in particular the brains behind it. So Jon reached out to a lead developer of WordPress, Mark Jacquith, to pitch his idea.

So Jon sent another email.

Jon reached out through Twitter to let Mark know he had emailed him an idea. Mark responded and said he’d take a look.

To Jon’s surprise, Mark reached out to him to set up a call almost immediately.

The VelocityPage.com team was born.

Why Teaming Up With the Best in the World Works

There are a few reasons teaming up with the best in the world is a powerful (and oftentimes – best) business solution.

1. Teaming up with the best in the world leverages Pareto’s Principle

Now it’s not always a direct ratio; oftentimes it can be even more extreme 1% of the work could yield 90% of the results or more.

In the case of building a company from scratch, joining forces with the best in the world in any particular industry slingshots you ahead of the competition.

For example, because Mark is so well known in the WordPress community, when VelocityPage.com did their first launch, the promotion of which consisted of a single tweet from Mark to his Twitter followers, they sold almost 50 licenses immediately.

2. Teaming up with the best in the world is (initial) validation

No, just because someone successful or famous likes your idea doesn’t mean it will succeed.

But it’s a better indicator than your mom, stylist, or bartender, isn’t it?

And it’s an even better indicator when they say “yes, I’ll work on this with you for equity.”

Note: for Jon and Mark to officially validate VelocityPage.com, they had to build a working prototype and sell licenses (for money). This development process took 14 months from idea to launch – much longer than Jon would have liked, but this was a collaborative side-project for both of them (had this had been their primary focus, Jon says they could have had something ready in a few months).

As of the time of this writing, VelocityPage.com has close to 500 customers and they are actually looking to scale. 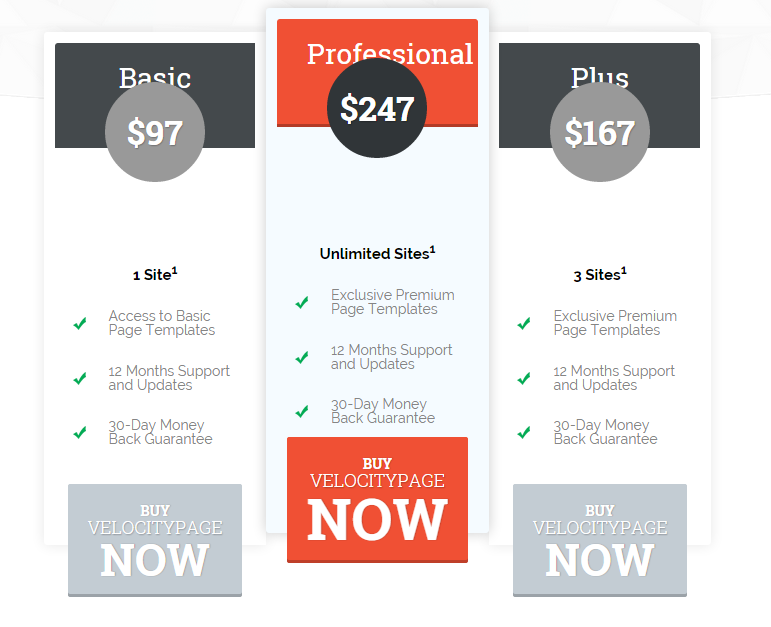 3. Because you can’t go it alone

Not if you want to multiply your efforts and create a bigger impact.

As a solopreneur or solo-operator, you are the weakest link in your business. When you work solo, everything needs to go through you – you become the funnel for every decision, every action, and all progress made…

But let’s say you’re capable of creating initial success, of getting the prototype functioning and operational; let’s say you even get orders of your new software almost from the beginning…

How can you possibly expand and grow if you’re working alone? Handling the engineering, product development, and marketing and sales simultaneously?

But there will come a time when you burn out or hit a plateau you can’t scale out of (no matter what technology you have at your disposal).

Virtual assistants are great if you just want to maintain what you’re doing by optimizing and systematizing your processes, but they’re a terrible solution if you want real growth (i.e. new customers, new clients, new sales – and the ability to scale).

Teaming up with someone – even if he or she is not the best in the world in that particular area – is the ONLY way to build a business that can grow, scale, and ultimately: operate without you.

Note: it doesn’t have to start with an official partnership or by finding a co-founder…

What You Need to Do to Replicate These Results

Now to clarify a very important part of this post:

Jon wasn’t a programmer, he wasn’t a designer, and he had only been working online for a few years…

But what he lacked in technical skills (and financing and other resources), he made up for by adding incredible value in another way:

Jon took the lead on sales. He told Mark if they can build it, he can sell it.

While Jon had prior experience in sales, it’s important to realize that you don’t NEED experience in sales to start a venture if you’re willing to LEARN how to sell. And anyone in the world can learn to sell. If these two girls from Indonesia can’t prove that to you, nothing can.

So if there’s a major takeaway from this article, I hope its this:

You don’t need money, or technical skills, or connections to build a business from scratch. But you must be a “value-add.”

And if you’re not bringing money, connections or an audience to the table, you better bring hustle.

There are dozens of collaborative projects that start as basic ideas and grow into massively successful ventures.

Here are just a few examples:

There are many more, but these are just a few of the people I’ve interviewed about their collaborative ventures in the past couple months.

If you’d like to hear the interviews, sign up to be notified when I launch my new book Collaborate (these interviews will be bonuses).

What are you working on solo that could be improved if you teamed up with the right person?

Or if you’re already working on a collaborative project, what have you learned from the experience?