"The Tale of Despereaux" is a story about a mouse who never learned to be afraid.

That's a problem, you see, because mice are supposed to be fearful. Call it a social-cultural self-defense mechanism, perhaps the idea being that scared mice can better avoid danger, the point is, Despereaux was anything but.

Because of this, from the moment of his birth, Despereaux's natural disposition in life is viewed as strange, insubordinate, and most of all, a threat.

"His eyes are open," his mother says apprehensively, as she looks at her new baby boy for the first time.

"He isn't cowering…" she trembles. "He's looking right at us."

The fear in her voice is palpable.

"Don't worry," the tribal shaman / doctor / elder says with hopeful confidence, "he'll learn to cower. They all do in time."

But he doesn't. And not for lack of trying.

The other school children had recently passed their cowering test with flying colors. Despereaux, on the other hand, failed the test.

(he thought the drawing of the carving knife was "beautiful," not scary, to the chagrin of his teacher)

"Despereaux, why do you think you're in school?" the headmaster asks the young mouse.

"That is correct. And you can't be a mouse if you don't learn to be afraid," the headmaster instructs.

"Oh Despereaux, there are so many wonderful things in life to be afraid of if you just learn how scary they are."

Realizing that Despereaux still isn't quite getting it, and that the school system by itself can't seem to inculcate the type of fear they're hoping for, the headmaster gets his family involved.

Despereaux has an older brother ("as timid as the day is long" according to his father), and so the headmaster recommends Despereaux's older brother act as a guide and mentor in the way of fearfulness.

"Sometimes, they just need to see the older ones do it," the headmaster explains. "No one starts out afraid."

Instead of embracing the fears of his brother (or family, teacher, headmaster, fellow students, and society at large), Despereaux just...keeps doing his thing.

And he ends up doing something that is absolutely forbidden in mouse utopia:

Despereaux interacts with a human being (without a mask or hand sanitizer).

His father, scared about what the Mouse Council would do to him if they found out what happened, hands his son over to the council for trial.

"Destiny is a funny thing," the narrator says, "we go out to meet it, and we don't always know that we are."

So Despereaux goes before the council, and they list out his infractions:

"Refused training as a mouse.

Refused to respect the will and guidance of elder mice.

Triggered, willfully, not less than 17 moustraps.

"Despereaux Tilling," the eldest elder says in his final declaration, "our laws are here to protect us and our way of life. And when one of our citizens strays from that way of life, he becomes a threat to us all."

The elder proceeds to banish Despereaux to the dungeons of Dor "from which no mouse and no light has ever escaped."

And so Despereaux is remanded to Hovis, the blind threadmaster, who is to lower him down into the pit.

They have one last conversation before the descent.

"So you're the brave one?" Hovis asks.

"It's good, it'll carry well down there. Wear it proudly. It's no shame."

He fastens the rope around Despereaux's waste.

"And truth. And Honor," Despereaux replies.

"Good," Hovis says right before sending him into the darkness...

Right now, many people around the world are experiencing darkness.

Doesn't take more than a few seconds of thumbing through Instagram or walking through your local urban downtown to see it:

Their posture gives it away.

And when you recognize it, you know what it means:

An everpresent reminder that everyone around you thinks they could die at any moment.

Listen, I get it.

Death is scary. Experiencing a life or death event is physically and mentally draining. It takes everything out of you. Likewise, being in a situation where death feels ever-present can be its own mental burden. Over time, it's exhausting.

And that's true whether you're worried about your own life or someone else's.

Either headstrong ignorance, blindly ignoring threats while you piledrive your way through life…

...or in headless panic, desperately believing everything your told.

Both are pretty terrible options if you ask me.

That's because both are reactions to fear.

And because of that, they miss the real threat.

The real threat is that thing that is ever-present in the story of "The Tale of Despereaux," and it's the same thing you may spot in your own life if you look hard enough...

The real threat is:

To live a life that's less than you're worth.

To throw in the towel before it's too soon...to bury your talents in the ground instead of building something worthwhile......to give up on the altruistic dream of a better life for your family, your community, and yourself, because someone taught you all the wonderful things to be scared about.

So I recommend a third option…the same option Despereaux chose before he even knew he had; the one that seemingly caused his banishment, but in reality, is what ensured he would get through to the end, in spite of the darkness:

Have the courage to draw your own map. (but before you ask someone for help drawing your map for you, remember the wise words of everyone's favorite high school Moral Philosophy and History teacher, Jean Rasczak: "Figuring things out for yourself is the only freedom anyone really has. Use that freedom.")

Have the courage to become antifragile. Start small. Start one day at a time. Grow through trust.

But most of all: have courage.

Because where fear grows, darkness spreads.

And we need a few more lights in this world.

Tom "lighting it up" Morkes 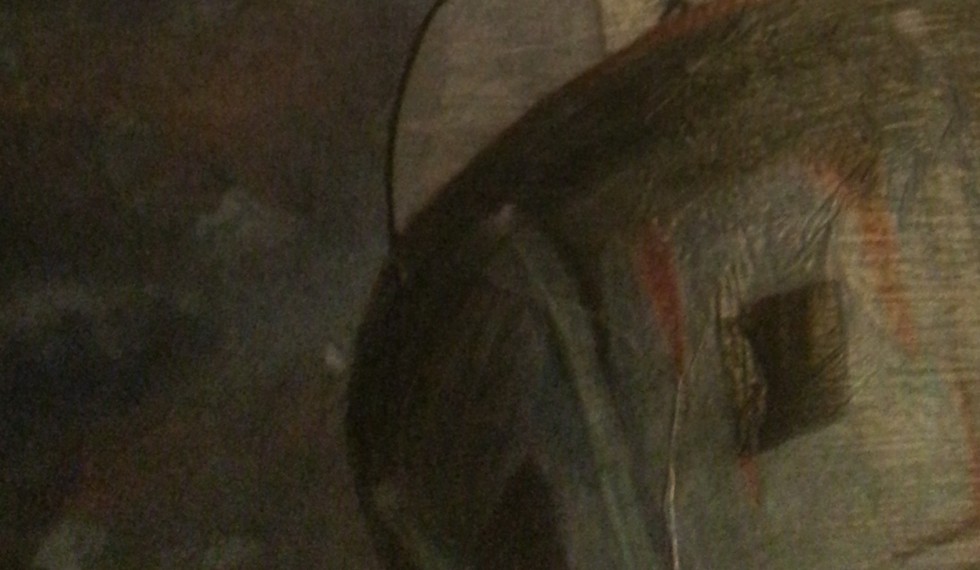 I have an acquaintance I speak with on occasion.

I’ve known this guy for a long time.  Since I’ve known him, he’s always complained to me about his job: he hates it.

His hate for his job isn’t for lack of pay or perks – they are way above average.  The dislike is for the structure of the organization that employs him and the tedious, unchallenging and often pointless work he feels he is doing.

He’s remarked on more than one occasion that a high-school freshman could do his job (90% of his day job is creating PowerPoint slides).

This is beside the point though.

You see, for as long as I’ve known him, he has intended to quit his job and move onto something better (something exciting and challenging).

At least this is what he said he wanted.

You see, the time came when he was finally allowed to leave (when he had finished his initial contract period with his employer), but he didn’t leave.  Instead, he signed another contract with his employer for an indefinite period of time (one that will most certainly last for another 2+ years).

Slightly confused, I asked him why.

Him: “Because there’s nothing else that I really want to do.  I figure I’ll just ride it out and see where it takes me.”

Me: “But I thought you hated your job?”

The conversation continued on for a bit, but not into any meaningful territory.  At the end of the conversation, we parted ways, and, for one reason or another, I remembered a quote by Aristotle:

“Moral excellence comes about as a result of habit. We become just by doing just acts, temperate by doing temperate acts, brave by doing brave acts.”

What Aristotle is saying is this: we pick and choose and build our character – it is not naturally ingrained in us at birth.

This is a powerful truth, one that should give hope to all who strive valiantly, who dare boldly, and who struggle to be better, day in and day out: as long as you never quit, you will most certainly become that which you practice consistently.

But this is also a wake-up call: if we can become virtuous from acts of virtue, then the opposite is true.

They’re also a testament to our character.

What do your actions say about you?