On 16 October, 1890, in a small farm off the windswept southern coast of Clonakilty, County Cork, Ireland, the leader of the Irish Revolution was born.

Of course, no one could predict this at the time, but like all history it now seems inexorable.

The youngest of 8 kids, Michael Collins didn’t grow up with a lot of money, but what his family lacked financially his parents made up for with an intense focus on education (it would come to serve him well in the future).

At the turn of the 20th century, when Collins was in his teens studying hard and working a full-time job, hoping for a better life, Irish-British relations were hitting a tipping point.

For hundreds of years prior, the Irish faced subjugation and enslavement at the hands of the British (in fact, the first slaves sent to America were Irish).

At the same time, Irish nationalism was on the rise with underground national pride movements happening around the country.

Collins found himself swept up in the movement at a very young age.

Eventually, he became its leader.

From 1917 to 1921, Collins organized, managed, and led an outnumbered, out-financed, and outgunned revolutionary force against the strongest empire in the world.

And, against all odds…

The secret to Collins’ success wasn’t in vision, charisma, or leadership (although he had all three), but in the genius management and operation of a guerilla force.

While you might not be leading or managing your own revolution anytime soon, these lessons are no less effective for starting a business, managing a remote team or leading multiple collaborative projects.

Before Collins ever took over the reins of the revolution, the objective was clear: freedom.

Of course, what does “freedom” really mean? What does it look like? How do we know we’ve achieved it (or lost it)?

If the framing of these questions feels familiar, they should.

This is the same thread that runs throughout the Lean Startup technique I talked about last week and how to properly analyze the success or failure of an operation so you know when (and how) to pivot.

To run a revolution (or a business), we need to focus on one specific, clear objective or goal.

Further, this goal must be measurable (which means we need to define what metrics we use to measure success).

For Collins, this meant defining freedom for the Irish (an independent Irish state).

The measurement was simple (certainly not easy): that Irish citizens could govern and lead themselves, free from British rule.

Applying the “One Goal Method” to Your Business

I had the pleasure of connecting with Corbett Barr of Fizzle.co last week in San Francisco. During our happy hour meetup, I asked him: how do you run and operate Fizzle.co? Specifically, how do you know what to focus on to succeed (and how do you define that)?

His answer was priceless.

Over at Fizzle.co, the team focuses on themes.  Each theme lasts about 3 months, and is further broken down into 3 week execution phase (build, deploy, evaluate).

One of their recent themes: customer success.

They wanted to make sure every Fizzle member was succeeding, so they focused their time and attention for 3 months on this problem set.

The beauty of this methodology: it keeps the team focused on one goal, one objective. It also helps teams avoid getting sidetracked or focusing on low value activities (sure, a new widget would be good for X, Y or Z, but does it pertain to customer success? If no, scrap it).

#2. Lead by Parameters, not Pinpoints (The Flying Columns Technique) 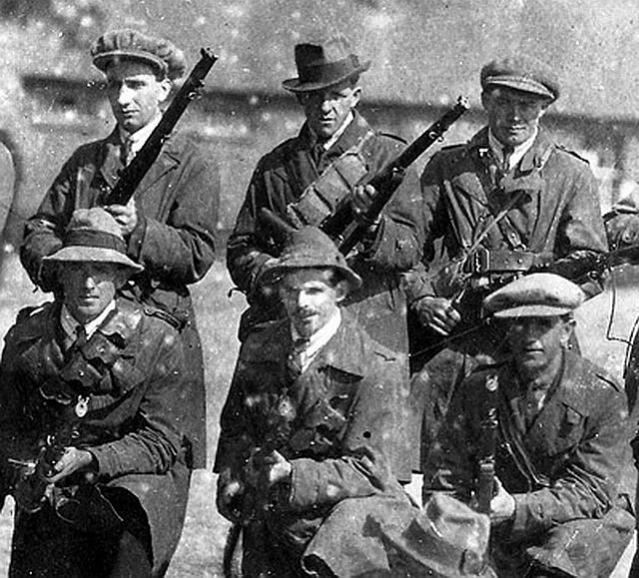 Fighting a revolution against the world’s strongest empire when they’re literally in your backyard is a pretty overwhelming problem set.

On the surface, these seem like good attributes – most enemy forces would try to fight in like-kind…

Collins saw them for what they are – weaknesses:

In order to exploit the weaknesses Collins saw in his opponent, he developed (or rather, let develop and then leveraged) what became known as Flying Columns.

These were independently organized and operated fighting forces that could do everything the British Army couldn’t;

Of course, the nature of such organic, independent units meant that Collins had to find an unorthodox way to lead and manage his troops (otherwise the whole thing would quickly unravel).

His solution: give his units broad but clear guidelines and the freedom to operate within those guidelines (for example: only attack military personnel; focus on small patrols so the wins seem bigger, etc.).

A pinpoint is a point on a map marking a precise location or target; there’s no room for flexibility around the order (“do this, nothing else is allowed”)

A parameter is a set of guidelines that establish what we call in the Army “left and right” limits; it allows for freedom and flexibility but maintains alignment with mission (“don’t do this, anything else goes”)

Most people think the only way to lead is through pinpoint.

Applying The Flying Column Technique to Your Business

I run a number of collaborative projects with multiple team members.

This is an entirely remote team so classic management strategies don’t work.

So I don’t even try.

Instead, I make sure we’re all focused on the objective (see #1 above) and I give parameters for how to create / test / ship etc.

A couple examples of parameters:

Like Collins’ flying columns, these guidelines or parameters (or “left and right” limits) allow me to manage multiple teams spread out across the world (in my case, internet helps a lot).

Yes, you’ll have things built different than your original vision but, if you have the right team, that’s a good thing.

If you think guiding and directing multiple autonomous units across 32,000 miles of terrain (with no modern perks like cellphones or email) is hard, consider arming and supporting them.

Collins’ primary job, besides intelligence and designing and developing the battle strategy, was logistics.

He had to make sure the revolutionary forces had weapons, ammunition, food etc.

And he also had to make sure no area was without resources to maintain the fight.

It would be very easy to ignore certain parts of the country that were harder to reach, but Collins knew that, in an uncertain, highly unpredictable environment, in order to increase the likelihood of success, he had to spread his resources evenly.

Here’s why this makes sense from a mathematical perspective (excerpt from Antifragile by Nassim Taleb):

the right policy would be what is called “one divided by n” or “1/N” style, spreading attempts in as large a number of trials as possible: if you face n options, invest in all of them in equal amounts. Small amounts per trial, lots of trials, broader than you want. Why? Because in [extremely volatile environments] it is more important to be in something in a small amount than to miss it. As one venture capitalist told me: “The payoff can be so large that you can’t afford not to be in everything.

How to Apply the 1/N Strategy to Your Business

Focus too much time, effort, and money into one project (before product/market fit) over another and you increase fragility and decrease probability of success.

*Counter-intuitive and contrary to common advice that tells people to focus on one thing only, but statistically it’s the best strategy for survival. And entrepreneurship is all abut survival.*

Wrapping Up (plus new free course)

If you did, I’m creating a 7 week course on how to develop, lead, and ship collaborative projects.

What you will learn in my FREE 7 week course:

>>> I’m giving it away free for early subscribers (but I may charge for it in the future).

So get it while it’s hot: Sign Up Here.