Where Aspiring Entrepreneurs Should Spend Their Energy

When people sign up for my email newsletter, the first email they get is an inquiry:

What is the BIGGEST pain / problem / or struggle you're dealing with right now in your business?

I typically get dozens of responses a week, and I do my best to answer each one.

For example, here's an email I received in response to my question above:

Denise asked me for help with where she should focus her energy so that she can successfully grow her business.

I get this type of question a LOT.

Like many entrepreneurs, and especially those getting started, Denise has 1,000 options in front of her...

And she needs to say no to 999 of them so she can say yes to 1 of them (at least in this immediate moment).

So how does someone just getting started decide what to focus on first?

The answer is: be a prospector.

Have you ever seen the film “There Will be Blood”?

You know, the one where Hawkeye is an oilman and tells the preacher “I drink your milkshake”? 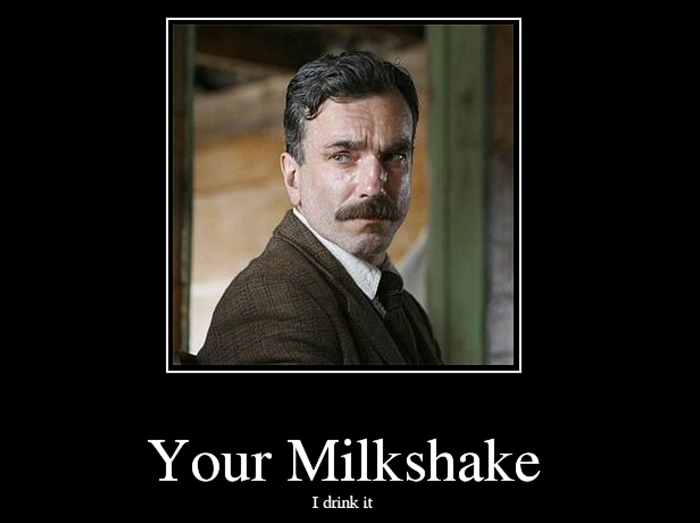 If you're an entrepreneur, it's worth a watch.

I'll give a short, spoiler-free synopsis to explain:

The film begins with the main character, Daniel Plainview, digging a hole, by himself, in the middle of nowhere, in the far west, in the late 1800’s. After weeks of digging and blasting, he strikes oil.

With the oil ready to be collected and sold, he travels town to town to look for investors in his new oil claim so he can speed up production and profit.

The rest of the movie follows his journey, going from "solopreneur" with a single well into a CEO of a national oil company with many wells.

Along the way, he’s hit with just about every setback, hurdle, and challenge you can imagine:

Yet, in spite of every obstacle, in spite of starting from nothing, he succeeds (or the business does, at least).

He succeeded because he did the tough work of prospecting.

That is, he combined intelligence (knowledge of the environment, of the product, of the market), with courage (doing the hard work most people won't), and made educated guesses (good choices) on where to drill. And while the movie doesn't show it, I presume any real-life prospector during that time period would come up empty handed on occasion - to be successful, they use any "failure" as nothing more than new knowledge to make better choices in the future.

In the film, Daniel progressively increases his knowledge and courage, learning new ways to generate investments, figuring out ways to create bigger and better oil drills, and even building a pipeline, so he could own and control everything, from production to the point of sale.

The analogy I'm trying to make is this:

The best entrepreneurs are prospectors.

Or rather - I would posit that the only successful entrepreneurs are prospectors.

They have to be, almost by nature.

What I mean is: you probably don't know which of your ideas will be successful or profitable.

In fact, if you're just getting started, probably none of the ideas you have right now will be successful, at least not in the way you envision them.

As an entrepreneur, your job isn't to create the perfect thing out of the box - it's to take an educated guess, based on your current knowledge, and to have the courage to dig as long as you need to until you strike oil (profit). And, likewise, to have the insight to know when it's time to say "there's nothing in this well, time to move on."

Give up too soon, and you'll never strike anything. Take too long on a single well that comes up empty, and you'll run out of resources.

Like everything in life, being a prospector (entrepreneur) requires balance.

If this answer doesn't inspire you, cheer up because I have some good news:

It's never been easier to "strike oil" in the digital age.

Generating profit is far and away easier than it was 100 years ago.

I can say this with 100% confidence because of the mere fact that each of us has the means of production and distribution at our finger tips.

This is important, because it means you can probably dig dozens of wells before you have to worry about using up all your resources (because it can be done so cost effectively).

The real prospectors of the 1800's didn't have that luxury.

On the other hand, there's a lot more people doing the same thing. This means more competition, more people trying to do what you're doing (times 100). And if you wait to long, you could miss your opportunity.

So "where should you focus your energy?"

Instead of answering that question, answer these instead (excuse the prospector analogies here, but hey, I think they work):

Once you answer those questions, here's the next step:

And whatever comes of that action - success or failure (aka feedback) - learn from it and apply it to your next initiative.

Do that, and success is all but certain.

Let me know in the comments below how this concept of being a prospector will influence your approach to your current business or entrepreneurial / creative endeavors.

Does this change anything for you? Does it make things more clear? And if not, why not?

3 comments on “Where Aspiring Entrepreneurs Should Spend Their Energy”